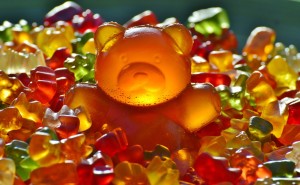 Food, particularly sugar, has been getting a lot of heat in the media for quite some time. Food companies are chastised for creating foods that cause diabetes, obesity, and my personal favorite, “diabesity”.

Is this actually true? Have we become unwittingly addicted?

The widely held belief that the consumption of sugar leads to addiction is simply a case of mistaken identity, which in this case happens to be pleasure. Sugar may be made of chemical components (as is everything), but it isn’t a drug.

Rats! Low down, good for nothing, dirty, stinkin’ rats!

In 2007 Lenoir et al studied the preferences of rats when given the choice between saccharin sweetened water and intravenous cocaine. In short, they concluded that “sweetness can surpass cocaine reward, even in drug sensitized and addicted individuals.” Sounds convincing, right? It rang pretty clear with me as well. I used to cite this study for years.

The researchers hypothesized the reason why the rats chose sweetened water over drugs is the same reason you choose ice cream over broccoli at the grocery store…dopamine. In short, dopamine is a neurotransmitter that tells you something is pleasurable, creating a positive feedback loop that will shape your behavior to repeat pleasurable behavior.

This can become a process necessary for a species to survive. If I were a woman (thank God I’m not) the logistics of childbirth, let alone the experience, would keep me celibate. However, neurotransmitters tell us sex is pleasurable so we continue to do it, seemingly without regard for all the consequences. Triggering the pleasure center of the brain is why we do foolish things like jump out of planes, ride motorcycles, and stick syringes in our arms.
At a primordial level this was and continues to be the same experience with food. Again, this makes sense. If we had little incentive outside of hunger to eat, our species would probably never had survived. So as you can see, this study makes sense.

The Lenoir study makes a pretty convincing argument in favor of food addiction. In fact, so convincing that it’s one of the most cited sources on the topic. This paints addiction with too broad a brush. Addiction requires more than a strong desire for something. If the definition of addiction was simply a positive feedback loop then everything we enjoy would result in down-regulated dopamine receptors and lead to addiction, but this simply isn’t the case. By taking a step back and looking logically at how pleasure relates to addiction you can begin to debunk this hypothesis
Logically food or sugar “addiction” is simply not the same as substance abuse.

The “Other Rat Experiment”

In 2013 researchers at the University of Alabama at Birmingham determined that addiction is formed through a process other than simple reward. “The molecular events that form such “reward memories” appear to differ from those created by drug addiction, despite the popular theory that addiction hijacks normal reward pathway.”

”Ancient memory types include those that remind us what to fear, what to seek out (reward), how to move (motor memory) and navigate (place memory). More recent developments enable us to remember the year Columbus sailed and our wedding day.”

The evidence collected shows the most primitive parts of the mammalian brain (which, if you’re reading this, you got one) has formed brain circuits to encourage the survival of a species, with different memories formed by different circuitry. Reward produced by dopamine can be thought of as an evolutionary process to encourage the survival of a species. Food provides nutrients so we got hardwired to enjoy it. Sex results in offspring and we got hardwired to it as well.

Yes, drugs inarguably use this same reward mechanism, but there is evidence they engage an additional mechanism that makes the response much more powerful, partly offering an explanation between the ecstasy of drugs and pleasure of food. The difference between pleasure from food and pleasure from drugs is that while both may stimulate the release of dopamine, drugs specifically affect the region where the dopamine signals are received. Addiction is a response more powerful than pleasure.

“Although drug experiences may co-opt normal reward mechanisms to some extent, our results suggest they also may engage entirely separate epigenetic mechanisms that contribute only to addiction and that may explain its strength.” 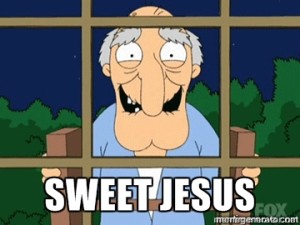 There’s good news and bad news. The good news you already know, sugar is not addictive. The bad news, it still may be habit forming and habits can be hard to break. Food irrefutably makes us feel good, and with every opportunity to indulge the temptations are great. Luckily the pull is not as strong as addiction, and can be thwarted with a little behavioral modification. A simple change such as navigating a different path through the grocery store can help immensely.

You are not a slave to food. You have complete control over your diet, but many people find taking that first step difficult. Begin by making 1 or 2 small and sustainable changes, like trading one bad food for a healthy one, or taking a route home that doesn’t bring you past the McDonald’s. You’re not addicted, science proved it.

Small sustainable changes will eventually add up to permanent change and put you on a road to a healthier body.

If you’re having trouble with this process I may just happen to know a personal trainer or two with a lot of success in this very thing. Just sayin’. 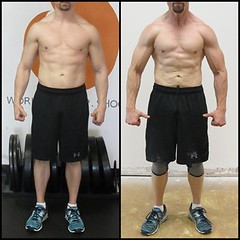 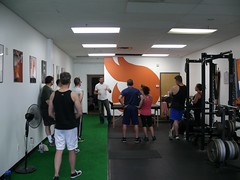 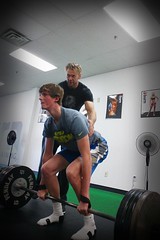 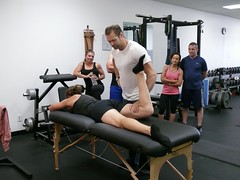